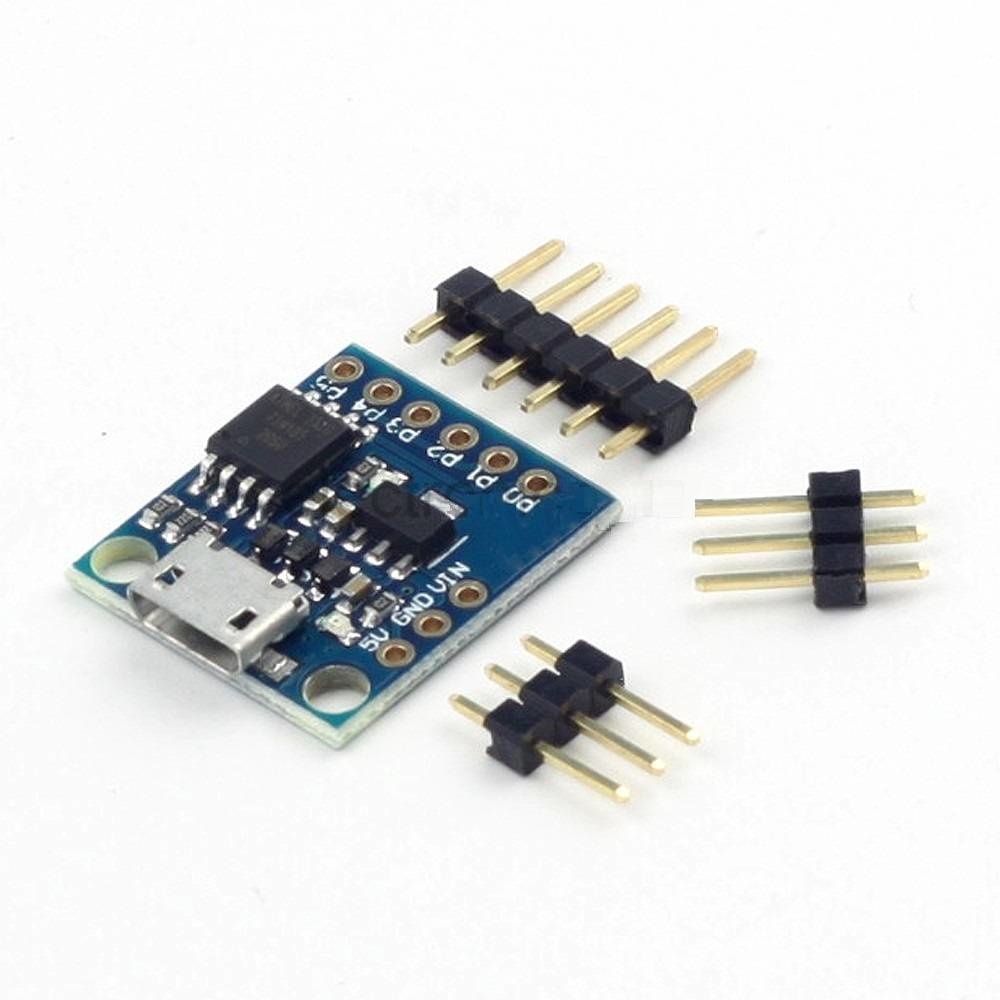 Digispark ATTiny85
Not yet rated Add your review

The Digispark ATTiny85 is a small microcontroller development board based on the ATmel ATTiny85.

It is too similar to an Arduino. However, much smaller and a lot cheaper but less powerful. This small sign is ideal for small projects. The Digispark can be expanded with many extensions, including many modules that are also suitable for Arduino, as well as other MCU boards. The Digispark ATTiny85 can be programmed with the well-known Arduino IDE. The Digispark ATTiny85 is an ideal way to start with electronics, but also for the more advanced user.

Support for Arduino IDE 1.0+ (OSX / Win / Linux)
Power via USB or External source: 5 Volts or 7-35v (12 Volts or less recommended, Autoselect)
On-board 500ma 5V Fixed voltage controller.
Built-in USB port
6 x I / O Pins 2 of which are used for USB that are only used when programming via USB. then you can use them as an I / O port, even if you are programming
8k Flash Memory (About 6k after bootloader)
I2C and SPI (fish USI)
PWM on 3 I / Os (possibility of more via Software PWM)
ADC on 4 I / Os
Power LED and Test / Status LED

Do you want to know how to start with this Digispark? Then click on the "How to" button below for a comprehensive and easy explanation of how you can get started with your Digispark!

The Digispark is delivered fully assembled except for the headers. You do get this but you can solder it yourself or leave it out as you wish.

Digispark ATTiny85: for starters as well as advanced.